December 04, 2022
Home Article How to Prevent Kids from Stealing? 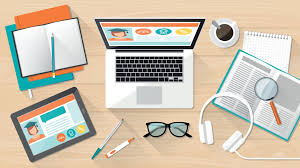 A child’s mind is more like a sponge that soaks up whatever comes their way. Unfortunately, this not only including catching good habits from others but also involves absorbing bad habits such as stealing as well.  Little kids may steal due to their poor impulse control. A child is not born with such bad habits,but it is an outcome of imitation and unchecked desire they experience in everyday life. Stealing in any form cannot be acceptedinthe society and parents may feel embarrassed, shocked,or even angered if their child gets engaged in any such practices.We, at the K.R. Mangalam World School, understand that when faced with such behaviour from children, the first instinct of a responsible parent would be to act harshly,butInstead of handing out punishments, the better way out is to understand the primary cause behind such a dishonest actand focus on rectifying such undesirable traits.

We, at KRMS, one of the top CBSE schools in Delhi, believe that the act of stealing by kids should not be considered as ashortcoming in the parenting of the child but is rather an unchecked impulse of desirein them that needs to be controlled. Talking to the child and trying to understand his or her condition should be the first thing a parent should do. Therefore, we have devised a few tips for the parents that can help them to track or observe their child’s behaviour in order to prevent their kids from stealing.Chartedbelow is the listof things you can follow to educate your child on the matter:

Gain your child’s trust: Trust is the most essential thing in any relationship. It is not very hard to do,and you can achieve amazing results if you try correctly. Make the child understand how much you trust him/her so that the kid can relate to the guilt of breaking your trust. To know the root of such behaviour, it is essential that you get them to confide in you. Make them understand why it is perversely wrong to steal.

Imbibe honesty in your child: Many children lie, cheat, and stealto experience the fey pleasures of life and escape consequences. This is why the parents should convey to their children how important being honest is in life. They should ensure that childrenpractice honesty in every aspect to get rid of bad habits such as stealing. The values that you stand for and uphold are the ones reflected in your child.

Try and correct mistakes at an early stage: The very first time when the child steals, correcting him/her then and there itself serves as a vital element in making the necessary positive imprint on their minds. Have a face to face communication with the child and try to explain to him/her why it is wrong to steal. Reinforce the fact that stealing is bad or wrong and can lead to several punishments later in life. Children should be told about the consequences very clearly so that they don’t think about stealing again.

Explain the concept of possession: Most young children find it problematic to understand the idea of possessioni.e. ownership. Make the child understand that he/she cannot lay claim on whatever they see or like. The child should understand thateverything cannot be owned by everyone. Parents should try and make the kids understand that they have rights on their own possessionsbut it is absolutely sinful to take other people’s possession without seeking permission from them.

Explain the consequences: Elaborate to the children the consequences of stealing. Let them know that the habit of stealing may lead to destruction or damage oftheir relationship with other people, even their near and dear ones. Children should be made to realise that the habit of stealing can put their prestige at stake and tarnish their as well as their parent’s social image as well.Let the child understand that theft is a vicious cycle where one act leads to another. They should learn how to out a good control on their greed and suppress the influence of negative habits.

Stealing is a habit that if any child gets, it will be really hard to control in the later stages. It is a like a lure of getting hold of the things that one can’t otherwise possess. This is why, we at K.R. Mangalam World School, believe that along with all the other things we teach to our kids, the negative consequences of stealing should also be taught to them. They should be made aware of how the habit of stealing is looked upon in the society. The requirement is to tackle the issue sensitively and not aggressively. Instead of ridiculing the child, the focus should be on enlightening the children about values and ethics.By maintaining proper attitude and by instilling in kids the right values and ethics, we can easily correct any inappropriate behaviour in them and can, thereby, also prevent the wrong behaviours from developing into habits.